One Dead, One Missing After Skiff Carrying Tug Crew Capsizes in Louisiana 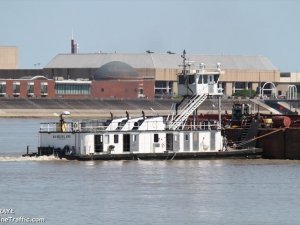 One person has died and another is missing after a skiff carrying crew members from an American tug capsized in Port Allen Route near Belle River, Louisiana on Monday.

Two people were rescued on the bank of Port Allen Route. One body was recovered by the Iberville Sherriff Office. One crewmember is still missing.

The Port Allen Route is closed from mile marker 41 to mile Marker 55.

This news is a total 199 time has been read
Tags: USCG Captain Murdered on Tanker Off VenezuelaArmed assailants murdered the captain of an oil tanker after boarding his ship while it was anchored off the coast of eastern Venezuela, according to a local union leader and a report from a Venezuelan port authority. IMO Urges Unnecessary Delays to Ships amid Coronavirus Are PreventedThe International Maritime Organization (IMO) has sent a letter to its member states amid the outbreak of the novel coronavirus asking them to undertake all possible measures to prevent unnecessary delays of ships.