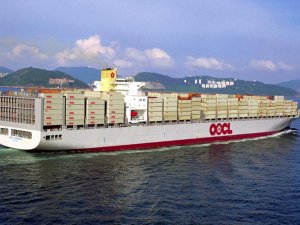 Namely, due to the diplomatic crisis, Saudi Arabia, the UAE, Egypt, and Bahrain have prevented ships coming or destined for Qatar from calling at their ports.

Hong Kong-based shipping company said that “OOCL booking to/from Qatar is suspended until further notice.” As explained by OOCL, the move comes due to the “current political climate” in the region.

“We are working closely with our stakeholders to address the impact on services,” OOCL’s spokesperson told World Maritime News.

When contacted, Evergreen said it has, “in view of the uncertain situation”, temporarily suspended the service to/from Doha, Hamad Port, until further notice.

Earlier this week, Danish shipping giant Maersk Line closed bookings for cargo that transship over Jebel Ali to or from Qatar.

When asked to comment on the ongoing impact of the situation in Qatar on integration with United Arab Shipping Company (UASC), German container shipping company Hapag-Lloyd said: “We are watching the situation closely and will continue to do so.”