Open-loop scrubbers pass the scientific test, but fail headline one 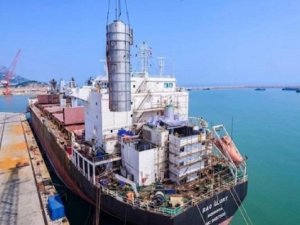 With open-loop scrubbers accounting for 80% of exhaust cleaning systems being installed on ships, but banned in a number of countries, the World Ocean Council has urged those governments to reconsider their approach to open-loop scrubbers.

Paul Holthus, founding president and ceo of World Ocean Council, pointed out that there are independent studies to show that the washwater discharge from open-loop scrubbers is not detrimental to the environment.

“In good faith, the use of scrubbers can actually address the fuel sulphur emissions issue. Now ironically we have different ports saying they do not want open-loop scrubbers. I think it is incumbent on those governments to think about the impact that their decision will have on the environment,” Holthus told delegates at the Shipping 2030 Asia conference in Singapore, organised by KNect365 Maritime.

At the moment, open-loop scrubbers are either banned, or will be come 1 January 2020, from the waters of Singapore, Fujairah of the UAE, China, as well as ports and inland waters of Belgium, Germany, Latvia, Lithuania, Ireland, Norwegian heritage fjords and possibly India. In the US, California bans scrubber use unless the owner has an exemption, and Connecticut bans washwater discharge.

Six independent studies including the Koski 2017, Carnival Corp-DNVGL 2019, Japan MLIT 2019, and CE Delft 2019, have all shown that the use of scrubbers is a safe and effective means of complying with IMO 2020.

Amid the controversy over the discharge of washwater back into the ocean from open-loop scrubbers, DNV GL data have shown that some 2,625 out of 3,266 scrubber systems being installed, or 80.3%, are of the open-loop type.

This news is a total 188 time has been read
Tags: open loop, scrubber ban, Scrubbers, washwater