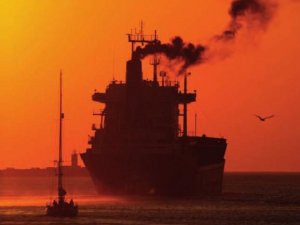 Mechanical problems resulting from the change in fuel properties are by far the biggest concern and potential challenge for the maritime industry amid entry into force of stricter sulphur rules, shows a recent survey by market intelligence provider Fathom.

As explained by Fathom, the survey reinforced the need for guidance tools as ship owners and operators voiced greater concern about operational issues than additional fuel costs following the limits for sulphur content in marine fuel dropping from 1% to 0.1% in Emission Control Areas (ECAs) as of January 1, 2015. Nearly 70% of ship owner and operator respondents said that mechanical problems resulting from the switch were the biggest concern.

The impact of the increase in fuel costs came as close second place response. The challenge of ensuring that the crew make the fuel switch successfully in order to comply on time, thus another operational issue followed closely behind, the survey findings show.

“It is encouraging that a number of ship owners and operators recognise that there are significant challenges to operating in ECAs as it is the first step to ensuring that any serious mechanical or lack of compliance issues are encountered during a ship’s operation. However, whilst many ship owners and operators and their crews are somewhat aware that there may be issues, they do not realise the full range of these and the impact they can have on vessels,” says Alison Jarabo, Director of Fathom.
Jarabo added that Fathom’s mission is to support owners and operators with operational and compliance challenges which resulted in putting together of the said comprehensive resource.

“Sulphur content of 0.10% represents more significant challenges to ship owners and operators than solely compliance. If they do not fully understand the operational considerations and prepare their vessels accordingly, serious mechanical issues can result that can in turn result in potentially serious loss of power incidences,” comments Mark Cameron, COO of Ardmore Shipping, Ireland-based tanker owner and operator.

This news is a total 5919 time has been read