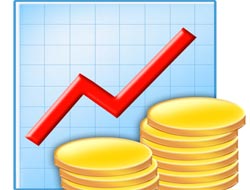 Amid the doom and gloom around the world, the Baltic Dry Index offers a glimmer of hope.

Amid the doom and gloom around the world, the Baltic Dry Index offers a glimmer of hope.

When it comes to reading economic tea leaves, the Baltic Dry Index is an obscure but closely watched statistic in the shipping world, with its avid followers viewing it as a barometer of global trade. Amid the doom and gloom around the world, the index offers a glimmer of hope. If the latest rally ? four straight days ? has staying power, then global trade appears headed for a modest improvement in the second half of 2009, and the shipping industry is poised to ride China's economic stimulus package and recover from what's still expected to be a turbulent first half.

The index surveys the price of transporting raw materials by sea.

Despite some contradictory signs of whether the ocean shipping sector has bottomed, there are enough bright spots to clear the way for a gradual rebound in everything from bulk commodity markets to dismantling old ships to building new ones, experts say.

?This has especially been the case of iron ore, where Chinese steel mills have been very active securing high-quality ore at very attractive prices. In addition, exports of grains, soybeans and fertilizers have all increased in the same period of time,? said Platou's analysis, titled A Sustainable Improvement?

In November, China announced a $586-billion (U.S.) stimulus plan, including spending on infrastructure and construction. Stock markets around the world got a lift yesterday on hopes that China will soon expand its stimulus package to boost domestic consumption and fight rising unemployment.

Wednesday, the Baltic Dry Index rose for the fourth consecutive day, gaining 50 points to 2,084 points, or more than three times its 22-year low of 663 in December.

Its roots can be traced to Britain in 1744 and a London coffee house called the Virginia and Baltick, whose patrons were in the shipping business and would draw up deals there. The index has emerged as a reliable but not foolproof leading indicator of economic trends and volume of global trade, often predicting the beginning and end of recessions, though not necessarily nailing down the timing. Earlier this year, it went on a 17-day winning streak.

There's reason for optimism in shipping

The index is still down 82 per cent from its record high of 11,793 last May. But shipping experts say there's reason for optimism because of the sharp improvement from dizzying lows.

?In the second half, fiscal stimulus may support tonnage demand sufficiently to prevent freight rates to fall back to the extremely low levels seen at the beginning of this year,? wrote Bjorn Bodding, Platou's senior partner of economic research.

Some Canadian firms are positioned to benefit from a predicted economic recovery. For instance, Potash Corp. of Saskatchewan is forecasting that after a slow first quarter, exports of its fertilizers to China in 2009 should pick up and improve over last year, but stay flat year-over-year for India and Brazil, and dip slightly for Indonesia and Malaysia.

The movements of North American railways are another indicator of economic activity. In the first seven weeks of 2009, freight volumes were down 16 per cent from the same period last year. Rail executives aren't ready yet to declare a return to good times.

?We've worked hard to develop plans that allow us to anticipate and respond quickly to changes in the market, and our success in 2009 depends on our ability to swiftly react to economic changes and seize opportunities,? said Kathryn McQuade, Canadian Pacific Railway Ltd. chief financial officer.

North American railways report that shipments of lumber have fallen an average of 31 per cent, non-metallic minerals such as fertilizers dropped 34 per cent and autos declined 55 per cent. But in a recession, the good news is that coal volumes slipped just 4 per cent ? seen as a tentative signal of better times around the corner.

Canadian railways enjoyed a 27-per-cent increase in mid-February in grain traffic and a slight rise in some fertilizer shipments.

Spot freight rates for large cargo vessels, Capesizes, have jumped to about $30,000 a day from less than $10,000 earlier this year.

But finished steel inventories have started rising recently, and a glut on the steel market remains a concern, amplifying the theme that any recovery will be bumpy, and China will likely mount a comeback well before others.

A report by Clarkson Research Services Ltd., a London-based shipping services firm, said the ship demolition market is showing early signs of bouncing back in India, Bangladesh and Pakistan. In the new shipbuilding industry, the majority of yards ?still feel comfortable with their forward order books,? but there may be holes in those books as cancellations emerge and some ship owners opt for used vessels, Clarkson cautioned.

It said the economic downturn's harsh effect on global trade in consumer goods lingers, with shipments of containers suspended by two major shipping alliances in the Black Sea ? one of the gloomy signals mixed in with favourable ones.

?With today's cold wind, all shipping segments are vulnerable,? Clarkson said, forecasting that short-term volatility will continue. ?Although the sentiment is strong for China's internal economic growth, it is very unlikely that the rest of the world would recover soon.?

Shipbroker Howe Robinson and Co. Ltd. said there remains a vast oversupply of charter ships on the market. ?Those looking for a post-Chinese New Year bounce have been disappointed,? Howe said, referring to shipping activity since Jan. 26.

The Chinese government is offering incentives and credit financing to help bolster its shipyards, after orders for new ships in China dropped sharply last year, said ICAP Shipping International Ltd., which provides services such as freight forwarding and chartering.

A study by shipbroker Galbraith's Ltd. warned that any recovery will be lengthy and fragile. ?Iron ore demand from China is mostly restocking,? it said, adding that steel demand is still in decline in Europe. ?History tells us that it will take years for the current oversupply of ships to correct.?

This news is a total 2993 time has been read