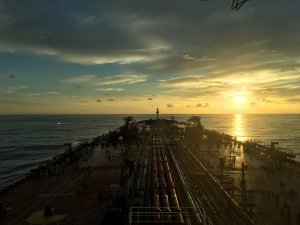 OSG currently owns a 37.5% interest in ATC, which has a fleet of four tankers. As part of the deal, OSG plans to acquire the remaining 62.5% interest of ATC that it does not own.

The agreements provide for deposits equal to 20% of the purchase price to be paid upon their execution, with the balance of the consideration to be paid at closing.

Closing of the purchases is subject to various conditions, including the approval of the United States Coast Guard and the Maritime Administration under the United States Department of Transportation, as well as receipt of Alaska regulatory approval.

Upon completion of the transaction, each OSG subsidiary is planned to enter into a bareboat charter of its vessel with ATC, and ATC will in turn enter into back-to-back time charters for each of the vessels with BP Exploration (Alaska) Inc. (BP Alaska) as charterers.

“The agreements reached with BP this week provide a clear commitment to maintaining ATC as BP Alaska’s principal marine transportation partner. ATC’s 20-year track record of safe and environmentally responsible crude oil transportation in the highly sensitive Alaskan trades is an achievement with which OSG has proudly been associated,” Sam Norton, OSG’s President and CEO, said.

As disclosed, each contract provides the charterer with options to extend the charter period beyond the base contract period, providing the framework for a continuing working partnership.

This news is a total 653 time has been read
Tags: Alaska Tanker Company, Overseas Shipholding Group.