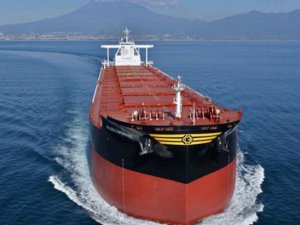 OSM Maritime announced on Monday that it was in final negotiations to buy SeaTeam from Frontline and Golden Ocean. The deal is subject to definitive documentation which the Norwegian ship manager expects to be completed within the next 30 days.

“We look forward to finalising our agreement with Frontline and Golden Ocean, after engaging in a very constructive dialogue,” said Tommy Olofsen, chair of OSM Maritime. “OSM’s leading market position will be further enhanced by the addition of SeaTeam’s highly qualified personnel, and we are pleased to strengthen our relationship with one of the world’s largest shipping groups in the process.”

SeaTeam is headquartered from Singapore and was established in 2009. It manages 51 tankers and bulkers and employs 2,000, including 1,900 seafarers, with offices in Manila and Mumbai.

While Ulrik Anderson, ceo of Golden Ocean, commented: “With OSM taking over our in-house ship management, this allows us to consolidate our ship management services which support our low-cost operating model and continue to deliver on our strategy of focusing on our core business of owning and managing modern large-sized dry bulk vessels.”

It continues an expansion model by OSM of taking over the inhouse ship management companies of established shipowners. Earlier this year it took over management and crewing of 37 vessels operated by Kristian Gerhard Jebsen Skipsrederi (KGJS). It has taken over management of six vessels from GC Reiber.

Following the acquisition of SeaTeam OSM Maritime would manage over 100 vessels from its office in Singapore.

“OSM will thereby have two equal and highly competent management organisations in northern Europe and Singapore respectively, servicing its customers in these regions,” said Bjoern Sprotte, ceo of OSM Maritime.