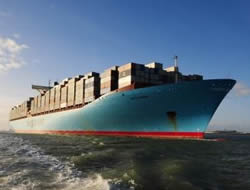 EXPECTATIONS for Asia-Europe trade growth edged down slightly in April as Clarkson Research Services changed its projection to 20.5 million TEU for the year, up just 3.01 per cent from 2012.

In March the group estimated at 3.51 per cent rise in Asia-Europe traffic to 20.6 million TEU. This news comes after carriers on the route announced that they would postpone their previously planned rate increases from mid-April to May instead.

A similar scenario played out in early 2011 when carriers had planned for an increase early in the second quarter, only to be forced to delay it to a later month, which became a later month again. Ultimately this was the beginning of the end for the liner industry during that year.

Will we see a repeat performance in 2013? One would hope not…

The answer to this question ultimately rests on liner discipline. There is absolutely nothing in the current market that supports a rate increase of any kind on this trade.

Yet in 2012 it appears that no justification was needed for the lines to raise rates so frequently, unless of course we say that the need to make money, rather than lose it, is justification enough.

After all, this is why the carriers, like any other group of businesses, exist—to make money.

There is certainly an argument to make that says businesses from time to time will lose money when the market is bad—particularly when a major cause for the poor market conditions is the actions of that industry’s service providers.

As is well known, the container shipping lines have continued to order more and more tonnage, even when it was clear that the market could not absorb it. So in all fairness we can say that they have made their bed, now they have to sleep in it.

This news is a total 3740 time has been read