Owners are in a stronger position 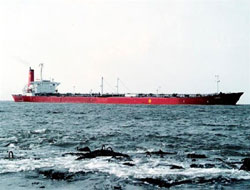 There has been a second consecutive week of furious activity has finally improved freight rates.

There has been a second consecutive week of furious activity has finally improved freight rates.

Braemar Seascope reports that there has been a second consecutive week of furious activity has finally improved freight rates. The AG/West rates have risen by 30% and AG/East by 45% but it looks like further increases will be stopped by a build up of tonnage. The week produced 30 fixtures, compared to 34 last week, of this number 24 were for February bringing the total for the month to 93 and the other 6 were the first in March. The problem owners have is the build up of tonnage, with the 30 day ship availability index up 25, to 88. Looking more short term, owners are in a stronger position but it doesn't look as if it will last. With potentially only 2 more cargoes remaining unfixed for February and say 10 cargoes up to about 4th March, owners are in control but when one looks at the position up to 10th March there are 27 double hulls and 22 single hulls available for about 32 cargoes. The tonnage position has changed within the last 24 hours as a result of oil company relets being made available.

The Atlantic remains quiet whilst the Suezmax market remains depressed. Charterers are not parcelling stems to accommodate a VLCC and with less storage being required the VLCC market in the Atlantic has gone very quiet.

The volume of tonnage arriving in the Arabian Gulf during the next 30 days is 59 double hulls and 29 single hulls, compared to 39 and 24 respectively last week.

This news is a total 971 time has been read