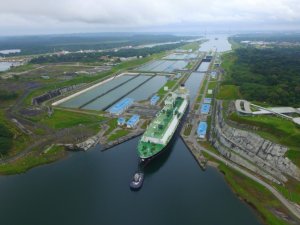 The approved modifications also include adjustments made in response to topics discussed during meetings with customers and industry representatives held prior to the process, as well as feedback received during the formal consultation period, the Panama Canal Administration said.

Such adjustments include the exclusion of the proposed tolls modification for the passenger vessel segment, which will continue to be charged per the current tariff structure. Additionally, considerations were granted to postpone the implementation date for tolls applicable to certain segments until the months of April and May 2020.

For the dry bulk segment, the modifications include matched tolls charged to Neopanamax vessels carrying iron ore with the tolls assessed for grains and “other dry bulk” cargoes. This includes a tariff increase for Neopanamax dry bulkers transiting in ballast.

In the containership segment there are two new categories incorporated to the Loyalty Program with the objective of incentivizing the deployment of increased cargo volumes and additional services through the waterway.

Additionally, the modifications include a new rate for vessels carrying containers on deck, which do not belong to the container shipping segment, allowing for differentiated charges for containers that are empty, dry or refrigerated. In the vehicle carrier and RoRo segment the the tolls charged were modified and the vessel capacity ranges were revised in order to clearly differentiate the current fleet. Based on the recommendations received, the tolls presented in the original proposal were adjusted for Neopanamax vessels.

Toll structures remain unchanged for tankers, chemical tankers, LPG and LNG vessels, but tolls adjustments were approved to more closely align with the value of the route.The tolls for small vessels and local tourism were revised upwards to consider the resources used in the transit.

The proposed tolls modifications were officially announced on June 14, 2019, initiating a formal 30-day consultation period concluded by a public hearing held on July 24, 2019.

This news is a total 975 time has been read
Tags: Panama Canal, Tolls Structure Modifications.