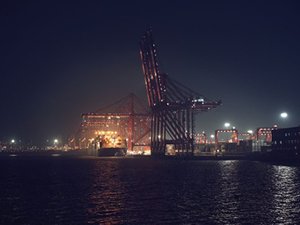 Changes to the way that cargo is moved from factories to retail outlets has seen a shift in strategy by Maersk with the development of hub in Colombo, Sri Lanka, that will allow customers greater flexibility in the movement of their goods, said the Danish

A Maersk spokesman told Container News the pandemic has seen a significant shift of cargo from China to other ports of origin such as in Vietnam and India, and with this change there is a need to have regional hubs where cargo can be consolidated and then transported to selected destinations.

Maersk, in close consultation with customers, has made changes that they say will offer “more flexibility and agility,” to the market. That means that shippers can respond to demand as it is needed in the region where it is needed.

“This is a trend that we are seeing, and we expect to see a lot more of it,” said the spokesman, referring to the development of an existing hub into a consolidation unit for a number of countries. “Instead of serving customers with one ship we will use two or three ships, and as the cargo travels to the hub the customer can decide where they would like onward distribution to,” he added.

The new service configuration will be launched on 7 Septemebt, and other details of the changes to the Danish line’s Middle East, Europe and Subcontinent services will be announced closer to that date. The company will suspend the ME1 service operating from North European ports via Saudi Arabia, Dubai, India, Oman and Morocco, will see its last service departure before that date.

Vessel deployment will also be announced shortly said Maersk, but there will be no impact on capacity.

“To meet changing customer needs, we have reviewed our service network and identified opportunities to create new solutions for how we connect Europe and the Middle East & Indian Subcontinent region. Through increased flexibility and connectivity these changes will offer new, interesting ways for our customers to connect their supply chains both from an import and export perspective,” says Johan Sigsgaard, Head of Europe and Middle East Trades at A.P. Moller - Maersk.