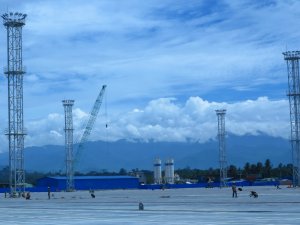 The first phase of an upgrade of Papua New Guinea’s Lae Port, the joint project of the Government of Papua New Guinea, Asian Development Bank (ADB) and the Independent Public Business Corporation (IPBC), is complete, paving the way for a boost in cargo th

The first phase upgrade is expected to boost the safety and efficiency of port operations, as well as the port’s cargo-handling capacity,  with new facilities including a tidal basin, a multipurpose berth, and terminal works including buildings, storage areas, roads, drainage, water, electricity and sewerage services.

The port sector is critical to Papua New Guinea’s economy since 15 out of its 20 provinces are coastal and more than 60% of the nation’s seven million people are widely dispersed.