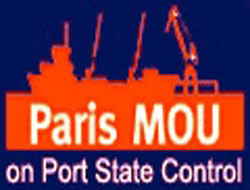 The 43 Maritime Authorities of the Paris and the Tokyo Memoranda on Port State Control will begin a joint concentrated inspection campaign focussing on compliance with SOLAS Chapter V ? Safety of Navigation.

The 43 Maritime Authorities of the Paris and the Tokyo Memoranda on Port State Control (EU Members, the States of the Asia Pacific region, plus Canada, Croatia, Iceland, Norway, and the Russian Federation) will begin a joint concentrated inspection campaign focussing on compliance with SOLAS Chapter V ? Safety of Navigation. This inspection campaign will be held for 3 months, ending on 30 November 2008.

In practice the concentrated inspection campaign will mean that during every port State control inspection within the Paris and Tokyo MOU regions, the navigation related equipment and documentation shall be verified in more detail for compliance with SOLAS Chapter V. Port State Control Officers will verify that there is compliance with the carriage requirements for all size of ships and where required also valid statutory certification together with relevant record of equipment, as well as that equipment has type approval and is functioning effectively. Furthermore familiarity of the master and watch-keeping officers with the bridge equipment will be evaluated.

During the campaign Port State Control Officers shall use a list of 12 selected items to verify critical areas for the safety of navigation, some of which are related to:

When deficiencies are found, actions by the port State may vary from recording a deficiency and instructing the master to rectify within a certain period to detention of the ship until all deficiencies have been rectified.

In case of detention, the ship could face the risk of further inspections in other Paris and Tokyo MOU ports and publication in the monthly list of detentions issued by the Secretariat of the Paris MOU and Tokyo MOU web page, on line detention list.

All inspections will be inserted in the databases of the Paris and Tokyo MOUs, SIRENAC and APCIS respectively, and will be recorded on an evaluation form. The results of the campaign shall be analysed later this year. Detailed results of the campaign will be discussed during the 42nd meeting of the Paris MOU Port State Control Committee in May 2009 in Iceland and during the 19th Committee meeting of the Tokyo MOU, in 2009, in Papua New Guinea.

For 2009 a joint Paris and Tokyo MOU concentrated inspection campaign has been planned which will focus on Lifeboat Launching Arrangements, including Maintenance and records, Operational safety, On-load releases, Davits and winches, as well as Drills.

This news is a total 1132 time has been read