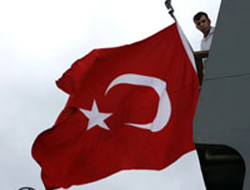 CONTINUING discrimination by Turkey against other flags has for the time being scuppered its hopes of becoming a co-operating member of the Paris Memorandum of Understanding (MoU) on Port State Control for the time being.

CONTINUING discrimination by Turkey against other flags has for the time being scuppered its hopes of becoming a co-operating member of the Paris Memorandum of Understanding (MoU) on Port State Control for the time being.

Turkey was officially notified of the decision after it was ratified at a meeting of the Paris MoU Committee held a month ago in Greece, it has emerged.

It is the second year in which the country, a member of the adjacent Mediterranean MoU, has had its application turned down by the committee.

But the latest rebuff is understood to have been delivered in clearer language, and to have spelt out that the Paris MoU, Europe"s port state control umbrella, intends shelving the application until the flag discrimination issue is resolved.

The organization has not yet published its annual report for 2007, although such decisions would normally not be made public before next year"s report for 2008.

However, the development was confirmed by an officer at the Hague based secretariat after an inquiry by Lloyd"s List.

The official said that while Turkish discrimination lay behind the rebuff, a contributing reason was ?partly that there needs to be an improvement in the Turkish administration and its performance as a flag.?

Officials, however, admit that there has been real progress in the performance of Turkey"s own fleet, reflected in a recent promotion for the flag from the MoU"s black to its grey list.

Others go so far as to say an adequate maritime safety system is or will soon be in place.

The officer explained that it is normally expected that co-operating members are generally expected to qualify for the white list within the normal three year term of their "apprenticeship" in order to become full members, and in Turkey"s case ? because of a three year rolling average used in the calculations ? this would only be achievable through ?a dramatic improvement?.

However, sources have confirmed that negativity towards the application primarily reflects frustration among MoU members at various types of discrimination against other member flags.

The best known case is Turkey"s sweeping ban since the 1980s against the flag of Cyprus, now a full Paris MoU member.

The latest committee meeting heard that vessels of numerous other flags had been hit by Turkey"s anti-Cyprus stance, which has broadened over the years to also bar from Turkish ports vessels previously calling in Cypriot ports and in other cases vessels with other links to Cyprus such as third party management.

In addition, though, a number of European maritime administrations are said to have grown fed up with what appears from statistics to be Turkish port inspectors" targeting of their flags for reasons other than safety.

According to port state control statistics, among those to have suffered are Denmark, which saw all six of its vessels calling in Turkey in 2006 detained, and a third of its calls ending in detention last year, compared to a stellar record across the Paris MoU area.

Other high rates of detention in Turkish ports have, for example, hit the normally reliable flags of the UK and the Netherlands, while the Italian flag suffered a heavy 35% detention toll in 2006.

Officials at Turkey"s General Directorate for Maritime Transport in Ankara were not immediately available to comment when contacted by Lloyd"s List."

This news is a total 1205 time has been read