Passenger ship with 200 people on board engulfed by fire, Indonesia 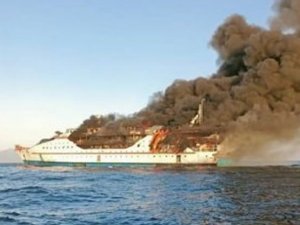 Fire engulfed the ship with 181 passengers and 14 crew on board.

Large-scale SAR was launched, reportedly all passengers and crew were evacuated by 1500 WIT, no news on injures or casualties.

Judging from photo, the ship burned out. Almost 200 passengers have been safely evacuated from an Indonesian passenger ship that caught fire in the sea in the country's east.

Online media posts include dramatic vision of the ship alight and covered in thick black smoke.

The footage showed many of those on board in life jackets jumping into lifeboats. Authorities said there were 181 people on board, including 22 crew, when the ship caught fire early this morning.

All were rescued and taken to a nearby village.

There were no early reports of injuries.

Initial reports suggest the fire may have begun in the engine room.

The ship was sailing from Ternate in North Maluku province to Sanana in the Sula Islands. 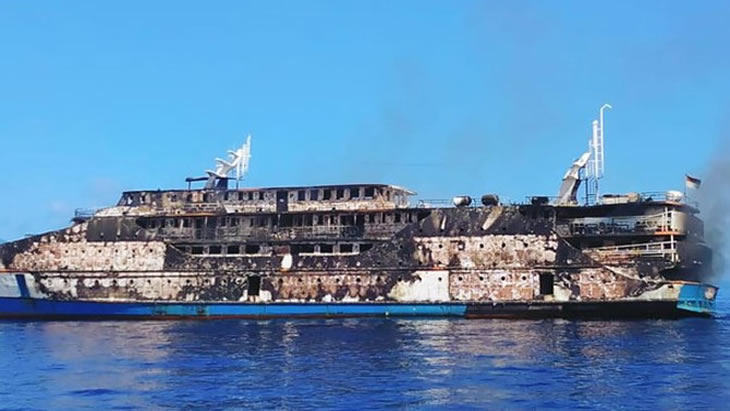