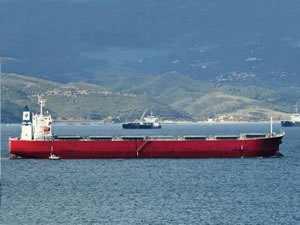 Greek dry bulk outfit Pavimar has doubled the size of its capesize fleet with an acquisition from Imabari Senpaku according to multiple broking reports.

Advanced Shipping & Trading and Seasure Shipbrokers have both reported that Pavimar has forked out around $17.5m for the 2006-built cape Ocean Compass. The vessel has a value of $13.44m according to VesselsValue, although it has just passed a special survey and is fitted with a Ballast Water Treatment System.

Pavimar, founded by Ismini Panagiotidi in 2014, currently owns a fleet of 11 bulkers according to VesselsValue.