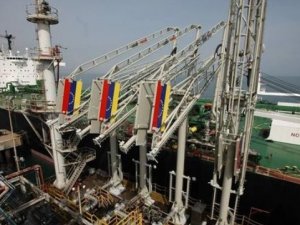 Venezuela’s PDVSA has agreed to pay ConocoPhillips $2 billion to settle a dispute that has prevented PDVSA from exporting oil from many of its Caribbean facilities.

In 2007, ConocoPhillips brought a claim against Venezuela before a World Bank court over the nationalization of two oil projects - the Hamaca and Petrozuata heavy crude oil projects. The International Chamber of Commerce (ICC) was later brought in to to solve the dispute, and on April 25, 2018, the ICC tribunal awarded ConocoPhillips approximately $2 billion arising out of PDVSA’s failure to uphold its contractual commitments.

After the ruling, ConocoPhillips moved to seize most of PDVSA’s Caribbean assets including facilities on the islands of Curacao, Bonaire and St. Eustatius. These facilities accounted for about a quarter of Venezuela’s oil exports last year.

The payment is the full amount awarded to ConocoPhillips by an arbitration tribunal constituted under the rules of the ICC, plus interest through the payment period. PDVSA has agreed to recognize the ICC judgment and make initial payments totaling approximately $500 million within a period of 90 days from the time of signing. The balance of the settlement is to be paid quarterly over a period of 4.5 years.

According to the EIA, Venezuela holds the largest oil reserves in the world, but production has been in rapid decline — average crude oil output has fallen to a 30-year low (excluding the decline in production during a 2002 – 03 strike). As of May 2018, Venezuela’s crude oil production was 1.4 million barrels per day (b/d). According to tanker tracking data, Venezuela exported an average of 1.5 million b/d of crude oil in 2017, 10 percent lower than the 2016 level. In the first quarter of 2018, exports of Venezuela’s crude oil fell to 1.1 million b/d, based on tanker loadings data.

In addition to falling production and exports, refiners in the United States and Asia have reported crude oil quality issues with crude oil imported from Venezuela, resulting in requests for discounts or discontinuation of purchases.

The $2 billion represents about a quarter of international reserves held at Venezuela’s central bank, reports Bloomberg.

ConocoPhillips says its separate and independent legal action pending against the government of Venezuela before a tribunal under the auspices of the World Bank's International Centre for Settlement of Investment Disputes has already ruled that Venezuela’s expropriation of ConocoPhillips’ investments violated international law. Proceedings are underway to determine the amount of compensation owed, says ConocoPhillips.

This news is a total 552 time has been read
Tags: PDVSA to Pay ConocoPhillips $2 Billion