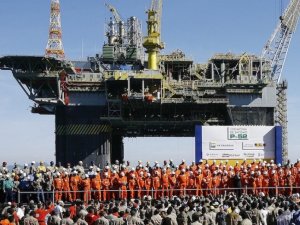 Parente, an engineer, is the former energy minister, and most recently was CEO of   agribusiness firm Bunge Brasil.

He was appointed by the country’s acting president Michel Temer who is in the top seat because Dilma Rousseff is suspended pending impeachment proceedings against her.

Petrobras, which has huge offshore drilling interests, is the hub of a huge bribes-for-inflated-contracts graft scheme that has rocked Brazilian society.

It is the world’s most indebted oil company and has seen its bottom line hit hard by the fall in global oil prices and Brazil’s bad economic recession. The company has been slashing budgets, reducing capital investment, laying off thousands of workers and divesting itself of assets.

Parente, who succeeds Aldemir Bendine, said he accepted this very difficult position on condition that acting president Temer and the new interim government of Brazil pledge to end the practice of making politically motivated appointments to the Petrobras board.

Parente was energy minister in the administration of President Fernando Henrique Cardoso of the PSDB party which has been in opposition to the ruling Workers Party for more than a decade now. Several prominent Workers party politicians have been implicated in the bribery scandal.

This news is a total 5556 time has been read
Tags: Pedro Parente named new Petrobras CE