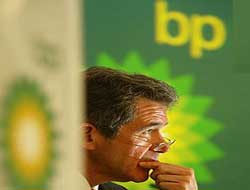 Former BP chief Lord John Browne may now face charges of perjury amid allegations that he lied to a court about a gay partner, reports say.

Former BP chief Lord John Browne may now face charges of perjury amid allegations that he lied to a court about a gay partner, reports say.

Lord Browne quit on Tuesday after the Mail on Sunday won a court battle to print details of his private life.

He also apologised that legal statements he made about a relationship with Jeff Chevalier were "untruthful".

The newspaper said it would be handing its "evidence" against him to the Attorney General for investigation.

However, the judge in the High Court case said that he would not be referring the matter as he believed that disclosure in the judgement of Lord Browne's behaviour was "probably sufficient punishment".

Lord Browne's 41-year career at BP came to an abrupt end on Tuesday when it emerged that he had lied in court over how he met his former lover, Mr Chevalier.

Lord Browne had testified that they had met while exercising in Battersea Park, a statement he has now admitted was false.

As well as fighting to prevent revelations about his private life being made public by Mail on Sunday owner Associated Newspapers, he was also battling against allegations that he had used BP resources to help Mr Chevalier.

Lord Browne has always denied the claims.
"
These allegations are full of misleading and erroneous claims. In particular, I deny categorically any allegations of improper conduct relating to BP," he said in a statement on Tuesday.

BP has also said the allegations about misuse of company resources are unfounded.

His decision to quit after 10 years at the helm of the company will cost him at least £3m and potentially as much as £15m.

Lord Browne, who had originally planned to step down in July, will be replaced by his nominated successor Tony Hayward.

The 58-year-old announced his decision on 12 January, one week after being informed that his former partner had sold his story to the tabloids.

Lord Browne was on holiday in the Caribbean when he was called by BP's head of press about the Mail On Sunday allegations.

On 6 January, Lord Browne won his first interim injunction against the allegations being published. The case was then thrashed out behind closed doors.

But on Monday Mr Browne's legal team had exhausted all their options and he was denied leave to appeal to the House of Lords.

Mr Justice Eady's ruling on the case shed light on many of the allegations facing Lord Browne.

It found that the former BP chief had provided 28-year-old Mr Chevalier with "food, travel, clothing and accommodation at a fairly luxurious level until last year".

Lord Browne also helped his partner set up his own company - which had one BP employee on its board while Lord Browne's personal assistant carried out secretarial duties at the firm.

It also disclosed that Mr Chevalier was introduced to senior Labour party and BP figures by Lord Browne, was party to sensitive information regarding the company and also had access to a BP laptop.

The revelations have done little damage to BP's share price, with analysts saying that the company was well prepared for a handover in power.