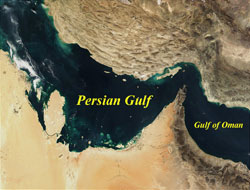 The Worldscale VLCC rates from Persian Gulf to the Far East fall below 70-point level.

The Worldscale VLCC rates from Persian Gulf to the Far East fall below 70-point level.

A buildup of excess tonnage coupled with a lack of activity has seen the Worldscale rate for moving crude from the Persian Gulf to the Far East on double-hulled very large crude carriers fall below the 70-point level, shipping sources said Wednesday. After witnessing lackadaisical activity on Monday, South Korean charterer SK late Tuesday placed the double-hulled Astro Carina on subjects for a Persian Gulf-South Korea voyage, loading December 31, at a rate of w62.5.

"This [rate] is very low and it's below my expectations. So the next fixture will also [be done] at a very low rate," an owner said. "Owners are trying to clear their vessels before the Christmas holidays. The benchmark Persian Gulf-Japan route was assessed by Platts Tuesday at w70. While shipowner sentiment has taken a beating since OPEC announced it would cut up to 2.2 million b/d in production from January 1, 2009, shipowners have also had to put up with a slow-moving VLCC market as fewer January cargoes were being covered by charterers.

"The rate is below the w65 level now. The [differential in the] number of cargoes versus the vessels [available] is huge. The sentiment is really down," a Japanese charterer said. "Usually the rates increase before Christmas and decrease afterward. This has not happened this year."

Shipowners, meanwhile, are expecting a big drop in the number of cargoes being exported from the Middle East after the OPEC cuts come in to force in January. According to a research note by London-based brokers ACM Shipping, close to 60 million barrels could be lost in January 2009 because of the OPEC cuts.

This news is a total 3569 time has been read