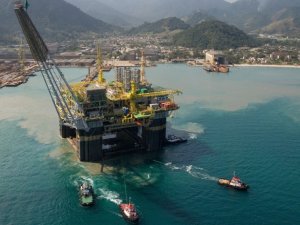 Brazil’s faltering state oil giant Petrobras admitted on Wednesday that it will come up $1.5bn shy of its targeted divestment tally for the two-year period that is about to end, according to Reuters.

Staggering from a huge debt burden and reeling from the effects of a massive bribery scandal that has shaken Brazil to the core, Petrobras has been striving to reduce its red ink.

To do so it has used a range of means, including staff layoffs, budget cuts, cancelled contracts, investment retrenchment and selling of assets.

Petrobras said that it would have met the two-year mark if not for a court injunction that blocked its attempt to sell shares of two offshore oilfields – 100% of Tartaruga Verde and a 50% stake in Bauna – to Australian firm Karoon Gas.

As a result of falling short this time, Petrobras has revised its asset sales target for 2017-2018 to $21bn.

This news is a total 950 time has been read
Tags: Petrobras falls short of two-year target for asset divestment