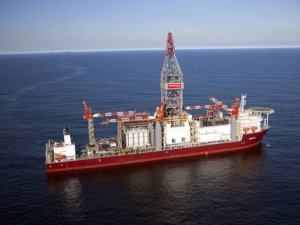 Brazil’s state-controlled oil company Petroleo Brasileiro SA has asked Odebrecht’s offshore drilling arm to halt operations of a rig, according to a document seen by Reuters on Monday, after an explosion there killed three people in June.

Contract cancellations would be another blow for Odebrecht, which has been targeted in corruption probes in Brazil and elsewhere in Latin America.

OOG, which has struggled in the wake of a widespread slowdown in the region and restricted access to credit following the scandals, reached an agreement with creditors to restructure billions of dollars in debt earlier this year.

A workers’ union said in June that the blast occurred in the Marlim field during maintenance of a boiler. The rig began operating again in July, according to the memo, but it was unclear whether the work had been halted since then.

Simoes said the request to halt the rig came after an internal Petrobras commission studied the causes of the Marlim field accident, according to the memo.

Petrobras “concluded its work and requested that we stop operations of the drilling rig,” the statement said, adding that OOG was given 15 days to respond to the allegations.

Petrobras also said it could terminate the contracts related to the unit due to the incident, OOG said.

According to Simões, OOG set up its own commission to investigate the accident, and has taken steps to prevent similar incidents from happening again.

This news is a total 976 time has been read
Tags: Petrobras Seeks Halt to Drillship Operations After Accident