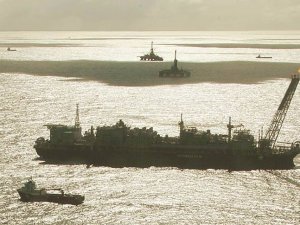 The company revealed that its CEO, Pedro Parente, has signed a letter of engagement so that the company can become an effective member of the voluntary initiative, which aims to lead the industry response to climate change.

The OGCI is the CEO-led grouping of oil and gas companies that intends to lead the industry’s response to climate change, pooling knowledge and collaborating on action to reduce greenhouse emissions. The OGCI’s existing members are BP, CNPC, Eni, Pemex, Repsol, Saudi Aramco, Shell, Statoil and Total.

Petrobras, headquartered in Brazil, is a publicly-held company active in exploration and production, refining, marketing, transportation, petrochemicals, oil product distribution, natural gas, electricity, chemical-gas and biofuel segments. It has a presence in 19 countries and employees around 70,000 people.

Welcoming Petrobras to the initiative, Bob Dudley, chair of the OGCI’s CEO steering committee and group chief executive of BP, said: “International and national oil companies have come together in the OGCI to work to reduce greenhouse gas emissions, a key challenge for our industry and the world. Petrobras’s participation will increase the critical mass and momentum of our work and extends our coverage into an important new geography – South America.”

Petrobras CEO Pedro Parente said: “By joining OGCI, one of the industry’s leading initiatives on climate change response, Petrobras renews its commitment to reducing emissions and to a more efficient energy matrix and reinforces its strategic command to be fully prepared for a low carbon world. We are excited to join other OGCI member companies in their efforts to deliver the organization’s ambitious goals.”

This news is a total 874 time has been read
Tags: Petrobras to join Oil and Gas Climate Initiative (OGCI)