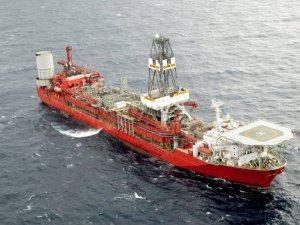 The Atlanta field, located in Block BS4 in the Santos Basin offshore Brazil, is a post-salt oilfield in water depths of approximately 1,500 meters about 185 kilometers from Rio de Janeiro. The field contains an estimated 260 million recoverable barrels of oil equivalent.

The Petrojarl I, which has spent most of its lifetime working in the North Sea, has been upgraded many times over the years. It is designed to operate at water depths of up to 1,550 meters, with a production capacity of 30,000 barrels of oil per day and daily compression capacity of 225,500 cubic meters of gas. The FPSO was prepared for the Atlanta deployment at Aibel AS shipyard in Norway.

“Today is an important day for Teekay Offshore as it marks the completion of all our near-term growth projects that are expected to generate annual cash flow from vessel operations of approximately $200 million, which is also expected to further strengthen our balance sheet as we naturally delever over time,” commented Ingvild Sæther, President and CEO of Teekay Offshore Group Ltd.  “In addition, the Petrojarl I FPSO project expands our presence in the fast-growing Brazilian offshore market where we now own and operate a total of five FPSO units and nine shuttle tankers.”

This news is a total 872 time has been read
Tags: Petrojarl I FPSO Begins Working its 10th Field