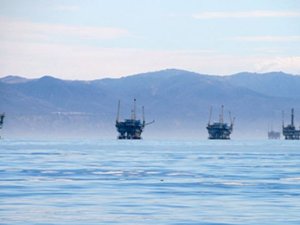 A week after one of its subsidiaries cancelled plans for a multibilion dollar liquefaction plant in British Columbia, Malaysian energy giant Petronas had better news with another subsidiary being awarded a shallow water block in the Gulf of Mexico.

PC Carigali Operations was the succesful subsidiary, earning the rights to explore and develop Block 6 in the Salina Basin. It will operate the block in 50-50 partnership with Colombia's national oil firm Ecopetrol.

Last year Petronas was among the first foreign beneficiaries of Mexico's energy reform policy when it was awarded deep water Block 4 and Block 5 in a joint venture. Mexico is opening up its oil resources to competition after about 70 years of monopoly by the state firm Pemex.

A week ago, Pecific Northwest LNG, in which Petronas holds a majority stake, cited market conditions when it called off its planned $36bn investment in a liquefied natural gas (LNG) export facility plant on Lelu Island in the district of Port Edward, northwest BC.

This news is a total 1001 time has been read
Tags: Petronas awarded share of shallow water block in Gulf of Mexico