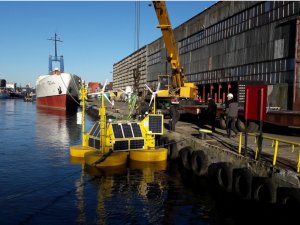 PGE will close projects with unsatisfactory rate of return and especially those not directly related to its core business. Offshore wind projects do not meet these parameters and will thus remain on track.

The Polish energy company’s Management Board has made the decision based on an analysis of benefits of its projects. Changes in the economic, social and business environment of the power industry have also influenced the decision.

The net result of PLN -3.9 billion (approximately € -858 million) in PGE Group’s 2019 financial results was one of the primary drivers to the decision. Furthermore, the Management Board took into account the stock exchange listing of PGE shares on the Warsaw Stock Exchange. The negative impact of the COVID-19 pandemic on the economic situation, and particularly electricity consumption, also contributed to the decision.

The company’s offshore wind plan is to reach 2.5 GW of installed capacity by 2030.

PGE secured the environmental permits for the 1,498 MW Baltica 2 and the 1,048 MW Baltica 3 projects in January. The wind farms are located approximately 25-30 kilometres from the coastal city of Łeba.

The first electricity from these offshore assets is expected to be delivered in 2025 and the first investment will enter the commercial operation phase the following year, PGE said.

PGE is also developing a 900 MW offshore wind project Baltica 1, which could be operational after 2030.

This news is a total 410 time has been read
Tags: Pge , Poland , offshore wind