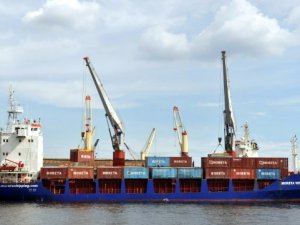 According to the Philippine Coast Guard, the distress call from the cargo vessel was received just before 5 a.m. on July 20. The Philippine rescue vessel BRP Boracay, which was berthed in Sta. Clara, Batangas City, was dispatched to the scene of the incident along with a Philippine Coast guard helicopter.

The fire was declared out about three hours after the initial distress call. The vessel however is reported to be dead in the water and drifting.

The Philippine Coast Guard is coordinating with tugboats in the vicinity and the damaged cargo ship will be towed to port.

Owned and operated by the Moreta Shipping Lines of the Philippines, the Moreta Venture, which was built in 2001, maintains regular inter-island cargo service.

This news is a total 1508 time has been read
Tags: Philippine Cargo Vessel Disabled After Fire