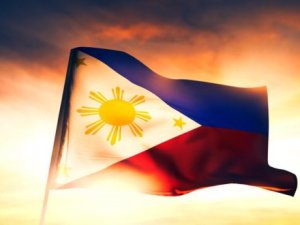 The Philippine Ports Authority (PPA) announced on 3 February a disembarkation ban for crews while docked at any PPA-controlled ports, in an effort to contain the spread of the coronavirus.

The PPA also cancelled all visitation privileges given to relatives of Filipino seafarers to board as well as boarding privileges of non-government organisations extending emotional and spiritual help to seafarers.

PPA made the decision in order to protect Philippine borders from further contamination with the deadly Novel Coronavirus Acute Respiratory Disease (nCoV ARD). On Sunday, the Philippines recorded the first nCoV death outside of China. Suspected nCoV cases in the country have also jumped to about 80 after the reported death.

PPA General Manager Jay Daniel R. Santiago said an advisory to mariners and vessels including all port stakeholders has already been issued and the measure is now implemented.

“Not only are the passengers coming from Chinese territories barred from disembarking, but we also disallow vessel crews, which recently called at any China port [to come ashore],” Santiago said.

“It is also a practice in the country that relatives of Filipino seafarers are allowed visitation rights, as well as several institutions giving moral, spiritual and emotional support to anxious seafarers, this too is temporarily suspended,” Santiago stressed.

However, vessels calling at any Philippine port more than 14 days after calling at any China port, will not have these restrictions imposed, Santiago added.

To ensure that this is implemented, a special team will be deployed to monitor the movements of personnel and people inside the port. PPA is also co-ordinating closely with the Office for Transportation Security and the Maritime Industry Authority as well as agents of ships calling in the Philippines to issue parallel directives within their jurisdiction.

Last Friday, the PPA adopted stringent prevention measures in PPA-controlled ports, which include among others things, general thermal scanning to individual scanning which checks if a passenger reaches a certain body temperature level.

As early as the first report of an outbreak in China involving the nCoV, the agency immediately put into place a frontline defence against the possible entry of the virus into the country via the ports.

PPA is also in close coordination with Customs, Immigration, Quarantine and Security vessel boarding teams so that essential information that may be needed for swift action can be provided to ground personnel.

The agency has also established a dedicated nCoV Malasakit HelpDesk to facilitate the processing of reports for possible victims. Face masks and sanitizers shall also be distributed to frontline employees.

“We recognise the dilemma of our seafarers and the difficulty that they face while at sea, but we also have to guarantee the safety of those offshore. Rest assured that everything will be reinstated when this nCoV ARD scare is over,” Santiago said.

“Right now, we just have to work together to protect one another and a deeper understanding of the situation is expected from all of us,” Santiago stressed.

On 4 February the PPA published a new release, stating that in order to protect the international cargo supply chain from disruption, Philippine ports remain open to all ships even from those originating from China and its Special Administrative Regions (SARs).

Jay Santiago said that majthe ority of Philippine cargoes originate from hub ports located primarily in China and its SARs like Hong Kong and Taiwan as Philippine ports are predominantly considered  feeder ports.

“We cannot afford to ban the entry of international ships to our shores in the midst of this nCoV ARD scare as doing so will surely paralyse our supply chain as most of our imports and exports go to the hub ports located in China and its SARs,” Santiago stressed.

“We also noted that vessel operators also change crew at some point in the voyage of the vessel, and if such case happens in the Philippines, the crew who will be replaced shall undergo a strict quarantine period and only be allowed to go home if cleared by the Department of Health,” Santiago added.

This news is a total 36441 time has been read
Tags: CORONAVIRUS, PHILIPPINE PORTS AUTHORITY (PPA)