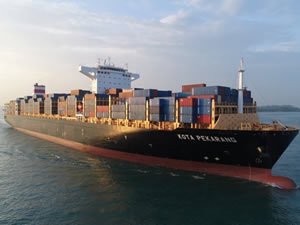 Under pressure Pacific International Lines (PIL) told the Singapore Exchange on Monday it would not pay back S$60m ($44.6m) of notes due yesterday.

The SS Teo-led company insisted its planned $600m bailout from Heliconia Capital Management, a unit of Singapore’s sovereign wealth fund, was on track.

PIL last week applied with a local court for a scheme of arrangement, a Singaporean version of bankruptcy protection.

“After many months of negotiation with Heliconia Capital Management and our various lenders, a comprehensive restructuring plan has been formulated and consensus on that plan has been achieved,” a spokesperson for the company insisted despite yesterday’s missed note payment.

PIL issued detailed plans of its rescue package to creditors last week, contained in which was the news that the company, the world’s 12th largest liner, had suffered net losses in excess of $1bn over the past two years.

PIL’s financial woes have seen the company sell off a long swathe of assets in the last couple of years. The company’s liner fleet has reduced in size from around 400,000 slots at the start of the year to stand at 289,053 slots today, according to data from Alphaliner.

This news is a total 3335 time has been read
Tags: PIL defaults on notes payment