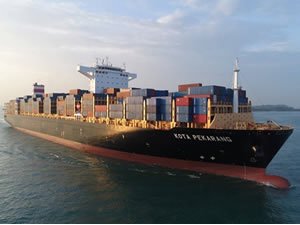 The dramatic fleet clear-out at Pacific International Lines (PIL) has seen Singapore’s top liner slip from 400,000 to 300,000 slots since the start of the year.

The ships were built at Yangzijiang in China, a yard Seaspan knows well. The Canadian outfit has bought a number of PIL ships over the past 12 months. The latest sales mean PIL’s fleet today stands at 302,403 slots, seeing Wan Hai of Taiwan overtake it in the global rankings collated by Alphaliner.

Facing enormous losses, PIL has been selling many assets for the last two years.

A unit of Temasek Holdings, Singapore’s sovereign wealth fund, is coming onboard to invest in the struggling shipping line.

This news is a total 5299 time has been read
Tags: PIL sells two more ships to Seaspan