A state agency filed formal charges of misconduct Thursday against Capt. John Cota, the pilot of the container ship Cosco Busan when it ran into the Bay Bridge a month ago today and caused 58,000 gallons of fuel oil to spill into the bay.

A state agency filed formal charges of misconduct Thursday against Capt. John Cota, the pilot of the container ship Cosco Busan when it ran into the Bay Bridge a month ago today and caused 58,000 gallons of fuel oil to spill into the bay.

The charges were the result of what the state Board of Pilot Commissioners for the Bays of San Francisco, San Pablo and Suisun described as "a thorough investigation" and were backed by a six-page document called an "accusation" that laid out the case against the veteran pilot.

The investigation minced no words. The accident, it said, was "a direct result of Captain Cota's piloting."

State law governing bar pilots gives Cota 15 days to file a written response to the accusations and request a hearing. If he does ask for a hearing, Cota can have his case heard by an administrative law judge. If found guilty of misconduct, Cota could have his pilot's license revoked or suspended. His license is under temporary suspension pending the hearing.

The commission alleged that Cota ordered full speed ahead when he could not tell where he was, among other allegations.

It also said that Cota should not have sailed from Oakland in the first place because of limited visibility in a thick fog, because he was unfamiliar with the ship's electronic chart system and because he had concerns about the operational status of the radars.

The investigation showed that, once under way, Cota made a number of mistakes, including failure to use a tug and sailing the Cosco Busan at excessive speed.

The report somewhat clarified the role of the tug in the accident, which has been a puzzle. Once he left the dock, Cota asked the tug Revolution, which had helped the ship out of its Oakland berth, to attach a line to the Cosco Busan's stern and follow the ship. Cota made no further use of the tug, the report said.

Once clear of the Oakland Inner Harbor entrance, Cota ordered the ship's engine to run at half speed, which, the report said, brought the Cosco Busan's speed up to 11 knots.

At that point, the visibility in thick fog was down to a tenth of a mile. Instead of slowing down, the investigation said, Cota ordered "full speed."

At the time, the investigators said, Cota could neither see where he was going nor determine his position on radar. The report said the ship's radar picture "deteriorated" to the point that Cota "lost confidence" in the radars. As a result he lost "situational awareness" to judge where the ship was.

Under the circumstances, the investigators said, "prudence" and compliance with navigational rules would have dictated that Cota reduce speed and/or proceed to a safe anchorage rather than try to sail the ship between the Delta and Echo towers of the bridge.

The 2,210-foot-wide passage between the two towers is marked by a radar beacon, four lights, two buoys with radar reflectors and fog horns.

The Cosco Busan had posted a sailor as a lookout on the bow, but Cota did not make sure the lookout was told what to look for and what to report to the navigating bridge of the ship, the investigators said.

They also said Cota failed to make use of the tug, or of the Coast Guard Vessel Traffic Service, which could have provided information as to the ship's position.

Both the ship and the fendering system around the bridge tower were damaged, 58,000 gallons of fuel oil were spilled, and, the report said, "the resulting property damage to the marine environment is estimated in the tens of millions of dollars."

The pilot commission investigation was conducted by Capt. Patrick Moloney, a veteran ship captain who is executive director of the commission, and by Gunnar Lundeberg, president of the Sailors Union of the Pacific, a public member of the commission.

John Meadows, Cota's lawyer, said neither he nor his client would have any further comment while the matter is pending. In the past, however, Meadows said his client relied on the Chinese captain of the Cosco Busan to tell him what the ship's position was.

Cota, 60, has been a San Francisco bar pilot for 26 years and has been in difficulties before. Last year, the pilot commission gave him a letter of reprimand after a ship he was piloting in the San Joaquin River ran aground near Antioch. Cota was blamed for "losing situational awareness."

Cota also has been counseled on several occasions for problems with ship handling. 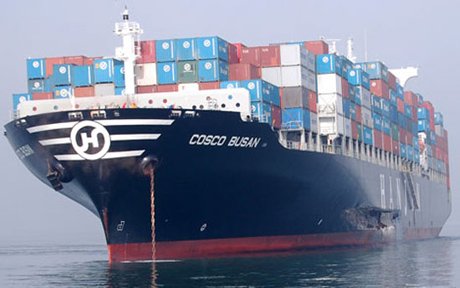 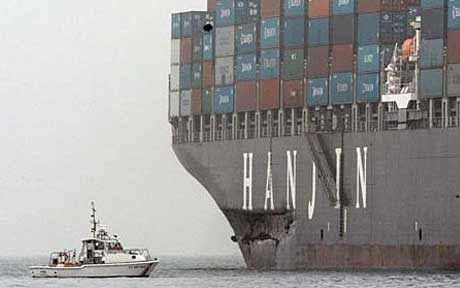