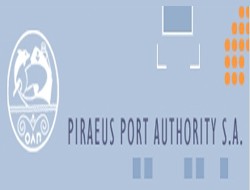 Realizing that lean times require bold measures, the Piraeus Port Authority (OLP) finally gave in into the pressures by importers, agents and lines to rethink its fee strategy.

Realizing that lean times require bold measures, the Piraeus Port Authority (OLP) finally gave in into the pressures by importers, agents and lines to rethink its fee strategy.

OLP announced the extension of the decision taken in the beginning of the year (regarding the first half of the year), under which fees for the car handling terminal will remain unchanged until the end of the year.

The management realized that further incentives are needed to reignite part of the activity at the port, as the car terminal"s business has fallen by 40% compared to the previous year. Added, to the above, OLP said that no requirements will be in place, regarding the minimum required number of cars per sailing. Further to the above, interested customers can sign deals based on volume, for a number of 20,000 car per annum, with a flat rate. Also, special pricing will be applied regarding storage fees. Based on the number of vehicles and the length of storage, customers can benefit from a 50% increase in free storage time, as well as a 20% lower price in the remaining days of storage.

The above measures which are solely for the car terminal, will apply from June 1st and until the end of the year. Should the current financial environment hasn"t improved by then, OLP will examine the possibility of extending them for a period of 6-12 months, according to their effectiveness or not.

Similarly, OLTH (Thessalonica Port Authority) looking to attract more lines and cargoes, decided to abolish the planned increases of 2.5% in container handling fees, initially planned for the 1st of May.

The ultimate goal is to increase port capacity to about 1 million TEUs annually, from today"s 450,000 TEUs. Within the first three months of 2010 the works to expand the port"s Pier 6 are expected to begin. They will cost 150 million euros. Equipment and four new cranes will cost a further 60 million euros. The port"s strategic location could serve in the goal of turning it into a transshipment hub for the broader region of Balkans and Western Europe. This is a key asset, which OLTH will look to exploit for its benefit.

After the failure of the tender awarding process to grant access to private investors, the port authority (OLTH) is planning to implement an investment programme of a total of 225 million euros in order to double the port"s handling capacity by 2014. This programme will be funded by own capital and money from the European Bank of Investments.

This news is a total 2958 time has been read