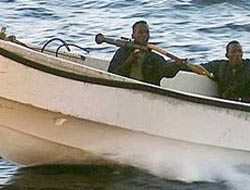 AFTER a promising first quarter when the number of pirate attacks worldwide declined significantly there was a dramatic rise in the number of incidents in the second quarter.

AFTER a promising first quarter when the number of pirate attacks worldwide declined significantly there was a dramatic rise in the number of incidents in the second quarter.

The IMB notes that the surge in attacks means that the six monthly total to date remains approximately on par with last year, with the total number of attacks for the first six months of 2007 equalling 126, as compared with 127 for the corresponding period in 2006.

IMB’s recent report states that so far in 2007, 13 vessels were hijacked by heavily armed attackers, 152 crew members were taken hostage, 41 were kidnapped and three were killed. In 66 cases, either guns or knives were used.

Commenting on the second quarter figures, IMB Director, Captain Pottengal Mukundan stated: “Despite a sustained decrease in acts of piracy over the past three years, the statistics for the second quarter of this year suggest that we may be seeing a reversal of this trend. Somalia and Nigeria remain very dangerous, high risk areas with large numbers of violent kidnappings and hostage takings.”

In Nigeria, 19 incidents have been reported, including the boarding of 15 vessels and one hijacking. Forty crew members have been kidnapped and 24 taken hostage in 2007. These attacks appear to be orchestrated by a few local groups, claiming their actions are in pursuit of political goals. Offshore supply vessels and their crew are frequently identified as potential targets for kidnap and ransom, although cargo ships have also been targeted.

Capt Mukundan added, “Off the coast of Lagos, oil tankers conducting ship-to-ship operations in anchorages and tankers moored to SBMs have become particularly vulnerable targets.” In Somalia, the IMB Piracy Reporting Centre has recorded 17 incidents to date in 2007. This is a dramatic increase over the ten attacks recorded for all of 2006.

This news is a total 1549 time has been read