Pirates board two ships, kidnap seafarers in Gulf of Guinea 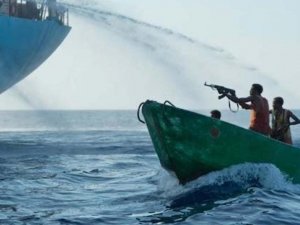 Two new pirate attacks that resulted in the kidnapping of seafarers have been reported in the Gulf of Guinea. It appears that both incidents could be related.

On 9 May, around 0200hrs UTC, the cargo vessel Rio Mitong was approached by a single speedboat with an unknown number of perpetrators within the Malabo anchorage area, Equatorial Guinea, Dryad Global and Praesidium International said in separate statements.

The perpetrators used a ladder to board the Comoros-flagged multipurpose ship and managed to kidnap two of the vessel’s crew members, allegedly one Russian and one Ukrainian national.

The kidnappers left the area and proceeded towards Cameroon. The remaining crew members are understood to be safe.

The 8,900 dwt Rio Mitong is operated by Panama-based Glomar Supplies, VesselsValue’s data shows. The 122.4-metre-long MPP had arrived in Malabo from Abidjan last year in support of the Ounta Europa LNG project and since then remain within the anchorage area, occasionally reaching the berth.

“Based on available records, this would be the first piracy incident with successful kidnap ever recorded in the Malabo anchorage area,” according to Praesidium International.

Another vessel was attacked within the Luba anchorage on the same night. The ship in question is research/survey vessel Djibloho, managed by Equatorial Guinea Marina Malabo.

The Equatorial Guinea-flagged vessel Djibloho was boarded by a group of unknown men. Unconfirmed reports indicate that two Russian personnel may have been abducted as a result.

Local authorities have launched investigations into both incidents.

“As per available information, it appears that the Luba and Malabo incidents could be connected and originate from matters that have little to share with Gulf of Guinea piracy. As per Malabo, Luba port has seen no piracy activity over the years,” Praesidium International said.

“Deeper investigation shows that at least one of the two vessels has ties to Lithuanian businessman Vladimir Stefanov and some possible softer links have also emerged between the two vessels which could likely indicate that there is more to it that a mere piracy attack.”

“If confirmed this latest incident would bring the total number of persons kidnapped in maritime crime incidents throughout the region to 52,” Dryad Global noted.

“Whilst the trend of incidents within West Africa is showing a gradual decline, there is an upward trend in severity of incidents notably those involving kidnap for ransom.”

This news is a total 271 time has been read
Tags: Gulf of Guinea , kidnapping , Piracy , Pirates