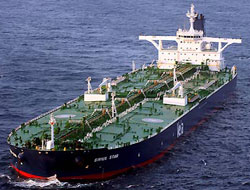 Somali pirates may have released supertanker after $3m ransom payment.

Somali pirates may have released supertanker after $3m ransom payment.

A Saudi supertanker seized by Somali pirates is moving away from the coast and may have been released, according to a regional maritime group.

The Sirius Star, which was carrying two million barrels of crude oil when it was hijacked, was moving south-east, said the East African Seafarers Assistance Programme. "She might have been released. It is too early to confirm," said Andrew Mwangura, a spokesman for the programme. "But often when a deal has been released, the hijackers accompany the ship away from the coast like this."

The leader of the pirates responsible for the hijacking said the group had released the vessel, according to the AFP news agency. "All our people have now left the Sirius Star. The ship is free, the crew is free," Mohamed Said said by phone from the pirate lair of Harardhere.

An associate of the pirates said a ransom had been paid to secure the release of the vessel. "Pirate holding the Saudi ship took $3m yesterday evening and then released the ship this morning," Farah Osman told from Haradheere port.

The Sirius Star, with two British crew on board, was hijacked in November in the Indian Ocean off the coast of Somalia. 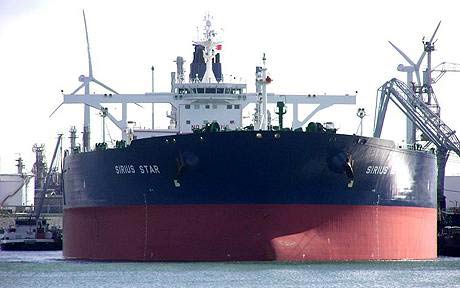 This news is a total 881 time has been read