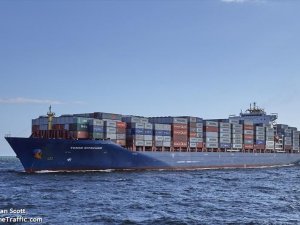 Pirates attacked a Portugal-flagged ship and kidnapped its Bulgarian captain and seven sailors off the coast of Benin, Bulgaria’s foreign ministry said on Tuesday.

A ministry statement said the pirates who boarded the Tommi Ritscher container ship at the port of Cotonou in the Gulf of Guinea on Sunday had released 11 other members of the crew.

It said it has requested more details from Benin’s foreign ministry but no information had been received so far.

A representative of the Russian Embassy in Benin and Togo was quoted as saying by TASS news agency that three Russian citizens were among the hostages seized.

This is the latest incident of piracy off the coast of Benin. In November the West African nation’s authorities opened an investigation after pirates abducted nine people from a Norwegian-flagged boat.

While piracy has decreased worldwide, West Africa’s Gulf of Guinea is a high-risk area for abductions and armed robbery with shippers reporting several abductions in the region in recent months.

This news is a total 835 time has been read
Tags: containerships, piracy, west africa piracy