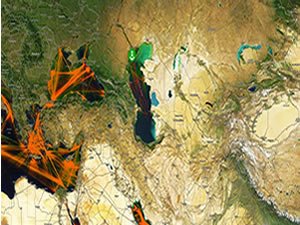 PLC Caspiy has been granted the SEZ LOTUS residential status and its proposed project of creating a modern port with a container terminal has also been approved.

The leading German logistics company, Martrade Holding is the strategic partner for the undertaking.

The initial phase of the project entails the equipping of two existing berths, namely berths 8 and 9 of the Olya seaport.

The plans put forth by the investor, PLC Caspiy delineate the construction of four new terminals, increasing the throughput to 2.2 million tonnes by 2023.

The second phase of the plans involves the construction of a new port in the Ilmen Zaburunny area.

The plans also include a more ambitious longer-term goal of achieving a throughput of 8 million tonnes by 2031. Total investments in the project are estimated to be 27 billion Rubles ($369 million).

The project when finished is expected to cover an area of 295 hectares and generate at least 800 new jobs.

Sergey Milushkin, General director of the SEZ LOTUS stated that the project intends to create an advanced infrastructure for the handling of containerized cargo, which is absent in the region.

Developments such as these will bring in container traffic through the International transport corridor, across the Astrakhan region.

The Russian Federation intends to create a large trade and logistics hub in the Caspian sea to support trade in the North-South corridor.

The primary interest in the corridor is to present it as a Suez canal alternative. This route will provide access to the countries of the Caspian sea, India, Southeast Asia, and the Middle east.

SEZ LOTUS (Special economic zone of the industrial type LOTUS) is a location in the Caspian sea proving it to be of strategic importance.

The Russian government heavily incentivizes investors with lucrative tax benefits such as 2% income tax for 10 years, 0% land tax for 5 years, 0% property tax, and transport tax for 12 years each, to name a few. In addition to tax exemptions, investors to the SEZ are also provided with immunity from tax legislation that may worsen their position.