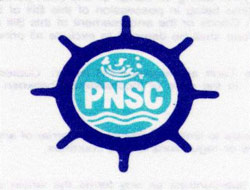 Official sources in the PNSC told that the state-run shipping company, in this regard, would borrow commercial loan without any government security or guarantee from ABN Amro bank.

PNSC needs to acquire new vessels till 2010 as per International Marie Time Organisation (IMO) rule as all single-hulled ships will have to stop sailing by 2010, which may leave the industry short of tankers. It is also expected due to the short of tankers IMO might give another two-year relaxation. The main reason to abandon single hull ship is to reduce the risk of pollution if a ship is damaged in an accident, it is learnt.

Latest vessels acquired by PNSC are an oil tanker, which was built 1986, and the PNSC bought it in 2006. Officials told that PNSC is facing problems due to the long and complex procedure of approvals. Due to this the private companies take advantage on PNSC, sources added.

Pakistan has only three vessels despite many seaports, causing loss of business in the shipping sector, On the other hand, he added, India has 500 vessels.

This news is a total 3311 time has been read