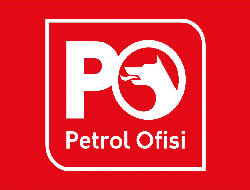 The marine department of the Turkish oil company Petrol Ofisi A.S., PO Marine, is expecting to refuel its first vessel on Wednesday from its new bunkering operation running out of Iskenderun.

The marine department of the Turkish oil company Petrol Ofisi A.S., PO Marine, is expecting to refuel its first vessel on Wednesday from its new bunkering operation running out of Iskenderun.

The company officially launched bunkering operations in Ceyhan/Gulf of Iskenderun on Turkey's Mediterranean coast on January 18, 2007. Oil pipe-lines from the Caspian, Iraq and Black Sea converge in the area, and PO Marine is expecting tanker traffic to increase fast.

PO Marine's first booking is not a tanker, however, but a general cargo vessel. The company's marine sales manager, Capt. Kanat Kizildemir, told Bunkerworld today that the ship has been booked to lift bunkers from a state-operated port facility in Iskenderun. In a statement PO Marine said that all vessels calling Ceyhan/Gulf of Iskenderun must have a local representative/agent. It also said PO Marine will assist its customers for arrangement of agents for bunker only calls.

Capt. Kizildemir said he did not anticipate that 'bunker only' calls would account for a large share of the business, but pointed out that the location had potential.

He said that the deviation to Iskenderun for a vessel sailing north via the Suez Canal was "not so great" and could offer an alternative to bunker only calls at Gibraltar.

Moreover, he suggested that the Turkish Mediterranean coast would be a good bunkering alternative for vessels trading in nearby Syrian and Lebanese ports, which have limited bunkering options.

PO Marine will be able to offer bunkering services at all ports in the Gulf of Iskenderun, including Ceyhan and Mersin, using two barges.

The Kirazliyali is a fuel oil barge with just over 1,000 metric tonnes of fuel oil capacity, while the Dorduncu can carry around 420 mt of marine gas oil (MGO).

PO Marine currently offers 380 centistoke (cst) fuel oil and marine gas oil (MGO) from its new bunkering location, but said other grades will be available before the end of January 2008. It said all products supplied will meet ISO 8217/2005 specification, unless otherwise stated. Enquiries and nominations are to be handled through its head offices in Istanbul by Kaan Irmak, Ferhat Uzun and Onur Azcan. All contact details are available in the Bunkerworld directory.

This news is a total 1900 time has been read