Poor countries will be hit 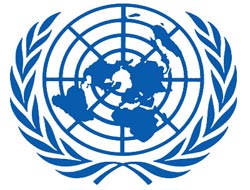 Exports from developing countries could fall by as much 9.2% in 2009 as trade credit dries up, a United Nations agency warned Thursday. The United Nations Conference on Trade and Development also warned that falling commodity prices will hit the world's poorest countries hard, in a statement at the start of a meeting of developing country government officials that will consider ways to soften the impact of the global financial crisis.

The world's poorest countries are mostly located in Africa.

Fearing a repeat of the Great Depression of the 1930s, politicians around the world have warned against an increase in protectionism in response to the economic slowdown that has accompanied the financial crisis.

But development agencies warn that the withdrawal of trade finance as a result of the credit crunch could have just as detrimental an effect on developing countries.

"A near freeze-up of the global banking system has made it hard for countries to obtain the credit and other financing needed to carry out trade," UNCTAD said.

Speaking Wednesday, the head of the European Bank for Reconstruction and Development - which aids 30 countries in eastern Europe and the former Soviet Union - said the bank is concerned about the possibility that trade financing will no longer be available.

"We think that apart from the political moves towards protectionism, there is the risk of possible trade flows just not being financed any more, with the same detrimental effect," Thomas Mirow said.

The EBRD said it will increase its trade-related lending to EUR1.5 billion this year from EUR800 million last year.

The World Bank forecasts that global trade will shrink 2.1% this year, the first decline since 1982. UNCTAD doesn't yet have an estimate for trade in 2008.

UNCTAD Secretary General Supachai Panitchpakdi - a former head of the World Trade Organization - said the outlook for developing country trade was "bleak," adding to a long list of potential woes.

"Remittances from developing country workers employed overseas are likely to decline as these economic migrants are increasingly laid off from their jobs... and aid from rich to poor nations could very well decrease by 20%-40% as donor countries struggle to bail out their own economies," UNCTAD said.

This news is a total 979 time has been read