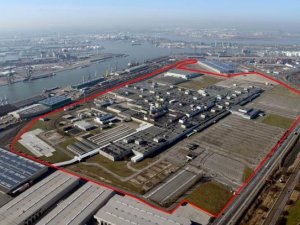 The Belgium Port of Antwerp and Energy Recovery Systems (ERS) cancelled the concession agreement for the industrial zone of Churchill, as the company do not have enough time to fulfill all conditions before the expiration of the set terms.

However, despite the concession cancellation, ERS will continue working on the project of the plant for processing waste in chemical products, which the company would like to build in one of the areas of the port of Antwerp. The Port of Antwerp administration is looking for another investor for the industrial development of the 88 hectare port site in the industrial zone Churchill (dock Churchill) and plans to announce a request for proposals for international participants to transfer the site to a concession.

In May 2015, ERS announced plans to launch a large, environmentally friendly production of ammonia and urea waste (green” fertilizers) in the port of Antwerp. The project involves an investment of 3.7 billion EUR and the possibility of creating jobs for 900 people (with full employment). Also the company intended to integrate the industrial complex of Antwerp and the construction of the plant to become important part in the “closed cycle economy”, using waste from other industries as raw materials for processing.

Originally was planned to allocate for the plant site in the territory of the dock Delwaide. However, subsequent studies conducted by the two parties showed that for this purpose the site (formerly used by Opel) of the Churchill dock is more suitable. The site of Delwaide has attracted other investors, since the dock is deep-water with convenient access to water, which is an important advantage for the projects of these investors. One of them is the investment group SEA-Invest. The Group signed a concession agreement for the Delwaide site for the construction of a terminal for the storage of petroleum products, as well as a container terminal.

ERS, in its turn, had to provide the port administration with a plan for the construction of the plant in the Churchill dock before May 8, 2017, fulfilling certain requirements, including sources of financing, feasibility studies, quality of non-recyclable waste, and other issues. On April 17, the company notified the port that it will not have time to provide all the documentation in the allotted time.

It was decided that ERS will continue to develop its project, but with an emphasis on preventing harmful emissions (including carbon dioxide) and the disposal of additional types of waste. The Belgian branch of ERS, which needs to be created, will partly continue the development of the project. After the project is fully ready, ERS will again apply to the administration for the allocation of a site in one of the areas of the port of Antwerp.

The port of Antwerp, the sea and river port of Belgium, is located on the river Schelda, 90 km from the North Sea and is capable of accepting Capesize vessels. The port can receive up to 400 vessels at the same time: the berthing quay reaches 100 km, the depths of the berths are from 5.00 m to 17.50 m. The depth of the river delta allows ships with a gross tonnage of up to 100,000 tons to pass 80 km inside the country. Antwerp takes a more convenient location than most North Sea ports, as its terminals are connected to the interior of the country through rail, river and road transport. The port of Antwerp ranks second in Europe after Rotterdam in terms of total cargo turnover.

This news is a total 959 time has been read
Tags: Port of Antwerp and Energy Recovery Systems cancelled concession agreement for Churchill dock