Port of Antwerp participates in maritime rail link with duisport 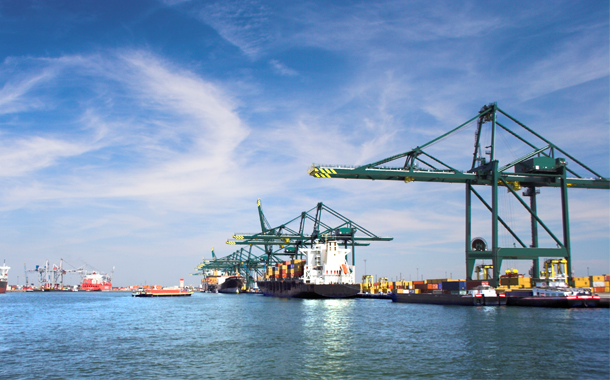 The direct rail connection from Duisburg to Antwerp was set up by the duisport Group in 2006 under difficult competitive conditions with regard to road and inland waterway transport. The decision by the Port of Antwerp to participate in the rail link underlines the commitment of both ports to further develop this important European logistic corridor.

Since the beginning of this year duisport agency GmbH (dpa), a subsidiary of Duisburger Hafen AG, has offered a direct daily departure by rail to Duisburg from a deepsea quay (Q1700) in the Port of Antwerp. The Antwerp-Duisburg rail shuttle was formerly offered by dpa in cooperation with a rail operator until the end of last year, when the latter decided to discontinue the service. To underline the strategic importance of a frequent and reliable connection with Duisburg, the Antwerp Port Authority has decided to participate in the link for a period of five years, thus securing access to the port for a significant hinterland region.

“The participation of the Port of Antwerp in the rail link makes the train system even more reliable and strengthens duisport’s role as the leading logistics hub in Central Europe,” emphasized Erich Staake, CEO of Duisburger Hafen AG.

Antwerp and Duisburg as long-standing partners
The Antwerp and Duisburg port authorities have been closely collaborating for many years with a view to developing intermodal transport between their respective regions. Duisburg and Antwerp already signed a Memorandum of Understanding in 1999, which was renewed and extended in 2013. duisport represents the leading hub where goods are consolidated and distributed throughout the European hinterland. A reliable, stable rail link with the Port of Antwerp is essential for further developing this hub function. Last year the Port of Antwerp handled almost 200 million tonnes of freight, much of it for the North Rhine-Westphalia region.

The open-access rail shuttle offers a direct daily connection between the Deurganck dock in Antwerp and logport I in Duisburg, thus assuring a trimodal link between the two regions. “The move by MSC to the Deurganck dock, which will result in a significant concentration of containers, underlines the importance of an extensive, strongly intermodal service to assure fast and efficient handling of these freight flows”, states Marc Van Peel, president of the Antwerp Port Authority.

Via the hub Duisburg, the rail link also provides the Port of Antwerp with direct onward connections to other important destinations in Europe including Ludwigshafen, Vienna and Budapest.

This news is a total 2441 time has been read
Tags: Port of Antwerp, rail, link