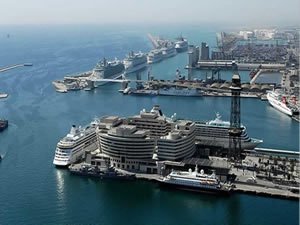 The pilot’s tender includes the drafting and execution of the project, as well as the service of connecting and disconnecting ships and maintenance of the facility.

The Spanish Port of Barcelona has launched a tender process as part of a pilot project to ensure onshore power supply for ships calling at Hutchison Ports BEST container terminal.

The project will help the Port of Barcelona reduce CO2 emissions by 50% from port operations by 2030 and become a carbon-neutral port by 2050.

The estimated value of the project, included in Phase Zero of the Dock Electrification Plan, ​​is close to €6 million (about $6.8 million).

The pilot’s tender includes the drafting and execution of the project, as well as the service of connecting and disconnecting ships and maintenance of the facility. With a planned global investment of around 90 million euros, the electrification plan is one of the major projects promoted by the Catalan port to reduce CO2 footprint.

This project, which will make it possible for ships to be connected to shore power once docked, using 100% renewable clean energy, received a major boost in March 2021 when Red Eléctrica confirmed the start of construction of the new 220 kV substation in Barcelona, specifically the Ronda Litoral substation.

The future substation will be sited close to the port — the Prince of Spain Pier. With the latest tender, the Port of Barcelona will have the first onshore power supply plants operating in the commercial docks.

The port’s MB92 yacht facilities are already equipped with shore connection plants. According to Damià Calvet, President of the Port of Barcelona, the plants will provide the port with practical knowledge and data necessary for the implementation of future electrification projects.

Last month, Hutchison Ports BEST, a semi-automated terminal, unveiled its ambition to become the greenest container terminal in the Mediterranean with 100% electricity coming from renewable sources starting from 2022.

In efforts to lead sustainability in the port sector, BEST signed an agreement with Spanish multi

This news is a total 628 time has been read
Tags: Hutchison Ports BEST , Port of Barcelona , Shore Power