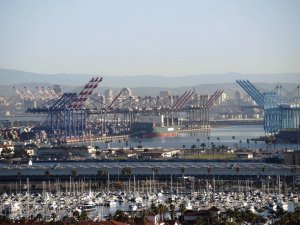 Last month was the second busiest in the Port's history.

"After two consecutive years of record-breaking cargo, it’s encouraging to start 2018 with robust volumes,” said Port of Los Angeles Executive Director Gene Seroka. “It’s only the seventh time we have eclipsed the 800,000 TEU mark in a single month, and we’re grateful to our supply chain partners for their continued confidence in our world-class infrastructure, innovative technology solutions and extraordinary customer service.”

Strong January volumes are due in part to retail stores replenishing inventories after the holidays, and cargo ships calling ahead of the Lunar New Year, when goods from Asia slow down considerably.