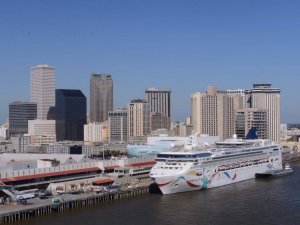 Port of New Orleans cruise terminals handled more than 1 million cruise passengers in 2014 for the first time in its history.

For the 12 months, embarkations and disembarkations totaled 1,014,325, an increase of more than 2.6 percent over 2013, a fourth straight record year for the port.

“This is a great milestone for the Port of New Orleans,” said Port President and CEO Gary LaGrange. “The total represents a 180 percent increase in cruise passengers since 2001 – the year the Port began in earnest marketing itself as a premier cruise destination.”

This news is a total 2080 time has been read
Tags: cruise, million, New Orleans, News by topic, Passengers, port, the USA, Tops