Port of Oakland refinances $324m of debt with bond sale 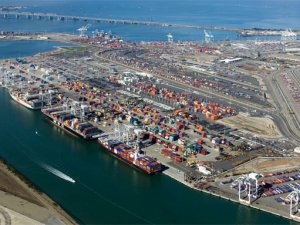 The Port of Oakland on Monday announced it has sold a significant quantity of bonds to lower debt costs.

In its statement, the Port said its $324 refinancing would save $44m in debt service payments over a 13 year period thanks to current favourable interest rates.

It will use proceeds from the sale to refund some 2007 bonds that were issued to pay for capital improvements at the port, which is the third busiest container port in California, after Los Angeles and Long Beach.

The port issued four sets of bonds, three of which are tax exempt.

This news is a total 491 time has been read
Tags: Port of Oakland refinances $324m of debt with bond sale