Port of Rotterdam CEO “Preparing for the Worst” with Brexit 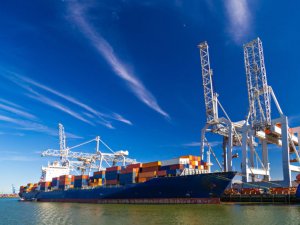 The Port of Rotterdam is bracing for a British exit from the European Union without any deal on customs, and looking at measures such as hiring 100 extra customs agents and dozens of fresh produce inspectors.

CEO Allard Castelein said he had had two meetings in the past week with “policy makers, the cabinet, the government and supporting officials about the consequences” of a so-called “hard” Brexit, which would move Britain away from EU rules.

“If you have 407 days left, then you don’t have time to embrace hypotheses that it will turn out pretty good in the end,” he told reporters. Britain is due to exit the EU on March 29, 2019.

“Let the government negotiate for the best, we are preparing for the worst.”

Prime Minister Theresa May plans to take Britain out of the EU’s single market and customs union after an initial Brexit transition period. The EU says that will mean tariffs and other barriers for goods shipped across the English Channel.

Depending on the trade rules adopted by Britain, Rotterdam – and other transit points – could need more customs officials to check produce, and more agricultural inspectors because animals and products such as meat could need separate approval before entering the EU.

Britain is the Netherlands’ second largest trading partner after Germany, with more than 60 billion euros worth of annual bilateral trade, according to government statistics.

Much of that trade flows through Rotterdam, Europe’s largest port. The Dutch government’s Economic Policy Analysis agency forecasts that Brexit will cost the Netherlands 1.2 percent of GDP by 2030.

While Dutch Prime Minister Mark Rutte has said he favours a negotiated exit deal, he has also underlined that he “fully supports” the EU’s single negotiator in talks with Britain, Frenchman Michel Barnier.

Castelein was speaking after the port reported 2017 results on Thursday that showed strong growth in shipping containers.

He said that tens of thousands of Dutch companies that trade with Britain via the port “have never known an import or export document” and would need education.

Castelein said hiring extra staff in customs and agricultural inspection was a time-consuming process that needed to begin well in advance.

This news is a total 465 time has been read
Tags: Port of Rotterdam CEO “Preparing for the Worst” with Brexit