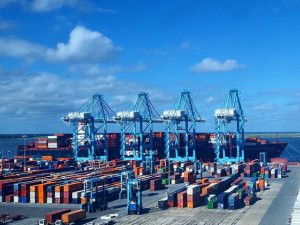 US Port of Virginia handled a total of 238,567 TEUs in October, making it the single-busiest month in the port’s history despite the challenges presented by Hurricane Matthew.

The port recorded a 2.2 percent increase in its TEU volumes this October, compared to 233,466 TEUs seen in the same month last year.

In comparison with last October, cargo volume at Richmond Marine Terminal (RMT) was up 52 percent, according to the port.

“The peak-season cargo is continuing and the volumes are being carried on bigger vessels that are rotating into the Atlantic trade. We are seeing ships in the 10,000-plus TEU range with regularity and larger vessels are on the horizon,” John F. Reinhart, CEO and executive director of the Virginia Port Authority, said.

October marks the eighth consecutive month of TEU volumes exceeding 210,000 units and that trend will be supported, Reinhart said, with the recent announcement that The Port of Virginia figures heavily into the schedule of the Ocean Alliance and The Alliance, each of which is a partnership of ocean carriers.

Both alliances are expected to begin operation in April 2017 and each will bring several new Asia and trans-Atlantic services to Virginia, including multiple first-in and last-out vessel calls.

Additionally, the port said it is undertaking a pair of large construction projects designed to improve efficiency at Norfolk International Terminals and Virginia International Gateway and increase annual throughput capacity by 40 percent.

This news is a total 3568 time has been read
Tags: Port of Virginia Sees Record Monthly Container Volumes