Port of Wilmington to Get Two Neo Panamax STS Cranes 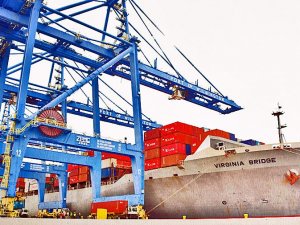 Counting the new cranes and options, the Port of Wilmington will potentially feature a total of 10 container cranes that will operate over a 2,650 ft. Neo Panamax container berth complex.

The Neo Panamax cranes, which are expected to arrive in the spring of 2018, have a total project cost of USD 27.4 million.

North Carolina Ports plans to invest over USD 120 million into its infrastructure over the next few years. The projects include the turning basin expansion, berth improvements, the expansion of the container yard and the addition of new cranes.

“The work underway will allow the Port of Wilmington to accommodate multiple post-Panamax container ships and to increase the speed and efficiency of loading and unloading the vessels.”

Through its expanded locks, the Panama Canal is now accommodating vessels above the capacity of 10,000 TEUs – well over double the size of the canal’s previous maximum.

Currently, the Port of Wilmington can handle a 10,000 TEU class vessel with its expanded turning basin, post-Panamax berth and post-Panamax cranes.

This news is a total 1046 time has been read
Tags: Port of Wilmington to Get Two Neo Panamax STS Cranes