Ports in the Americas look to the future 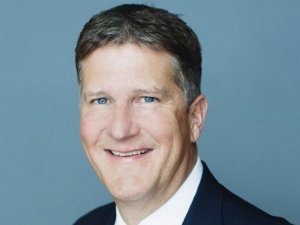 Throughout the vicissitudes of 2020, with all the “Black Swans” swimming around, ports have continued to support maritime activity and world trade and Seatrade Maritime News talks to senior Americas port executives about what the future holds.

Seatrade Maritime News was able to interview Chris Connor, the president and ceo of the American Association of Port Authorities (AAPA), which represents ports all over the Americas. He explained “I don’t think anybody really knows when a full recovery from the Covid-19 pandemic impacts may occur, but it’s pretty safe to say there will be significant impacts that will continue throughout the rest of this year.”

He added, “Due to the pandemic, Martin Associates, an internationally-recognized economic and transportation consulting firm, projects direct job losses at America’s seaports this year could reach 130,000. That’s 20% of the US maritime workforce, which, at full employment, supports an additional 30 million jobs nationwide.”

The outlook on the cargo side is also challenging.

Connor, previously the global president & chief executive officer of Wallenius Wilhelmsen Logistics AS (WWL), was also sanguine about the outlook on the cargo side of the business, telling Seatrade: “Most big U.S. ports will likely experience cargo volume declines of about 20% to 30%, while many smaller ones may experience much worse. Of course, ports that specialize in moving hard-hit cargoes like steel and automobiles, or depend on tourism dollars, such as from cruise ship calls and land leases to hotels, restaurants and retailers, are particularly vulnerable.”

A very particular view on the cargo side, with a focus on the energy trades, came from Sean Strawbridge, Port of Corpus Christi chief executive, who said: “Because the global novel coronavirus pandemic has significantly impacted the world economy, crude oil production came to a virtual standstill in the United States. It’s not hyperbole to say that global energy markets have never experienced the demand destruction which occurred in the past few months as a result of Covid-19.

“Oil traded at negative $40 for the first time in history in late April. Though primarily a function of how oil futures contracts transition from one month to the next, the drastic speed at which demand dropped because of the sudden halt in travel and commerce devastated producers, midstream companies, and refiners alike, with many filing for bankruptcy or in the process of doing so.”

Corpus Christi has been gearing up for crude oil exports, with a focus on projects both in the port, and also, connecting to offshore loading facilities, in the Gulf of Mexico.

Seatrade Maritime News also asked Connor about longer term impacts of the pandemic on ports. He responded: “One key economic change that was already underway and the pandemic has likely accelerated the trend is that many businesses are in the process near-shoring. This means they’re working to shorten their supply lines by producing and sourcing goods either domestically or closer to home. This is particularly true with goods such as pharmaceutical drugs and personal protection equipment which must be immediately available in a contagion crisis like COVID-19.”

Drawing analogies to the financial crisis of 2008, Connor said: “Supply chain operations are undergoing similar kinds of stress tests right now. While the vulnerability of the system was exposed pre-Covid-19, particularly with the imposition of the trade-choking Section 301 tariffs, the pandemic has heightened shippers’ awareness of the need to have ready-access to essential products and materials without the worries of international trade tensions, long shipping delays, environmental concerns related to shipping, and other issues hampering access to goods and affecting their costs.”

Strawbridge, from Corpus Christi, chimed in, seeking to remind readers that: “… the United States became a net petroleum exporter in late 2019 and has grown its standing in the global market because of production in the Bakken (North Dakota), Permian Basin (Texas) and Eagle Ford (Texas) fields. It could take a year or more before we see that production return to pre-Covid-19 levels, but we firmly believe the United States will emerge from this storm and continue to solidify its position as a global leader in energy production and exports.”

This news is a total 1379 time has been read
Tags: TERMINAL OPERATORS , AMERICAS AAPA , CORPUS CHRISTI Volume incentives offered as Port Klang looks to mitigate Covid effectMalaysia’s Transport Minister Wee Ka Siong said that Port Klang Authority (PKA) will offer incentives to terminal operators this year, as throughput is expected to decline by over 16% year-on-year, to 11.4 million TEU, due to the Covid-19 pandemic. Louisiana to Develop Innovative Management Tools for its PortsA new initiative was announced to develop an innovative port management tool to improve the operating efficiency and reduce lost time at the Port of New Orleans as well as developing a smart port facility at Baton Rouge, Louisiana. HHLA proceeds with new IT projects for Hamburg box terminalsGerman terminal operator Hamburger Hafen und Logistik AG (HHLA) is one of the first ports worldwide to develop solutions for its Hamburg container terminals that use machine learning (ML) to predict the dwell time of a container at the terminal. Canceled Sailings Continue to Impact Volumes at Port of Long BeachThe COVID-19 pandemic continued to drive down demand for goods in the second quarter of 2020, according to a report from the Port of Long Beach.